On Saturday, Sept. 10, mia_mcdavid and I were part of colgaffneyis camp at the Scottish Heritage Festival of the First Presbyterian Church in Hudson, Wisconsin. As with Fort William, we traveled lightly. Nobody who was going had a vehicle capable of hauling the organization’s trailer, so we left it behind and much of its contents behind, taking only what we needed. Once again, this worked quite well. It was a very nice event, although we were once again rather short of Y chromosomes.

We began setup about 7:30 AM, and were finished well before the show opened at 10. Not having the tavern tent, the centerpiece of the camp was the kitchen. The layout of it was similar to that at Fort William. Trooper tents 1, 3, and 2 were lined up in a row. Trooper 3, in the middle, was rigged as a fly, open on both sides. 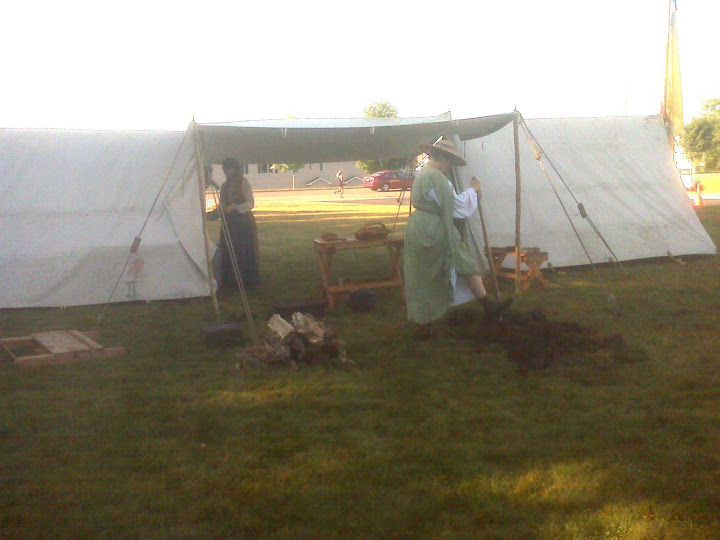 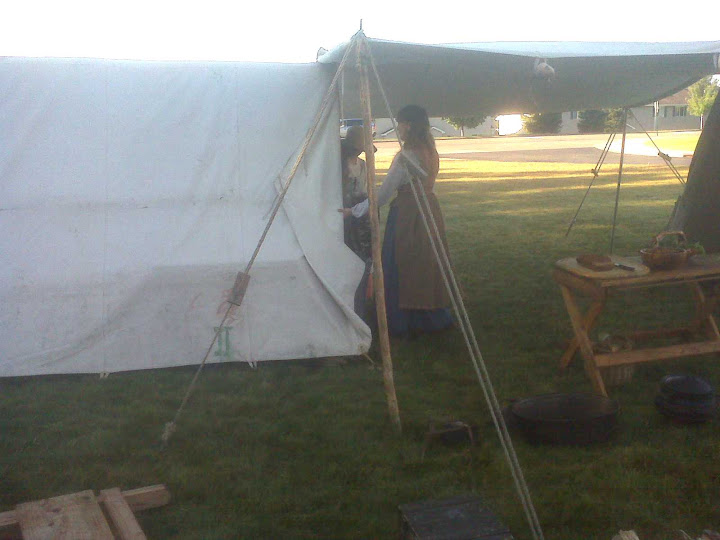 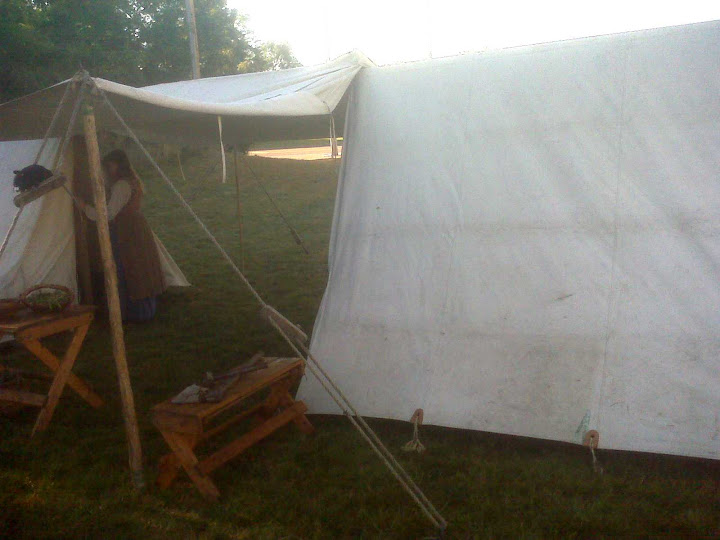 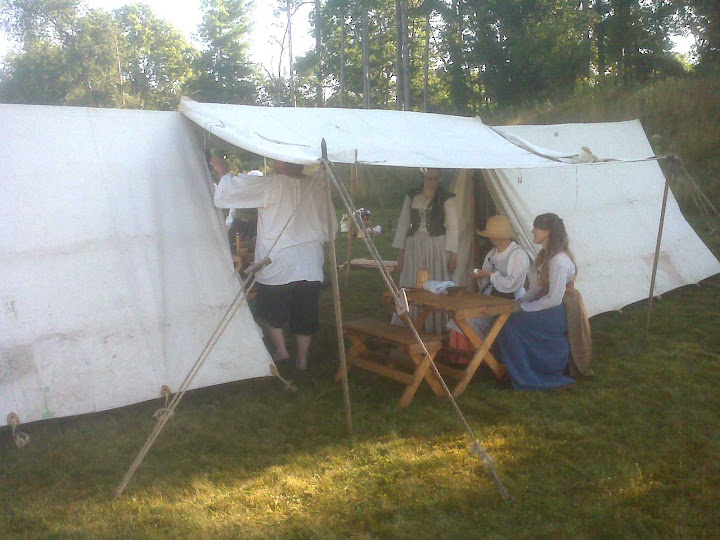 The Ensign was mounted on a Virginia (14′) pike, which lashed to an upright of Trooper 1: 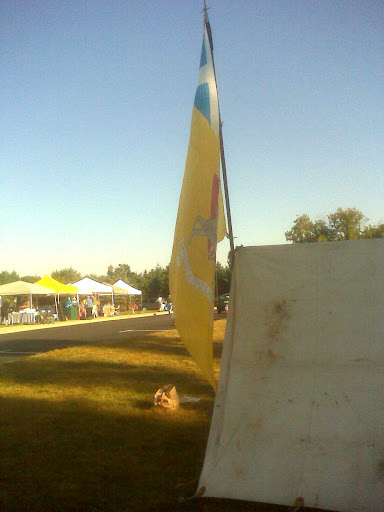 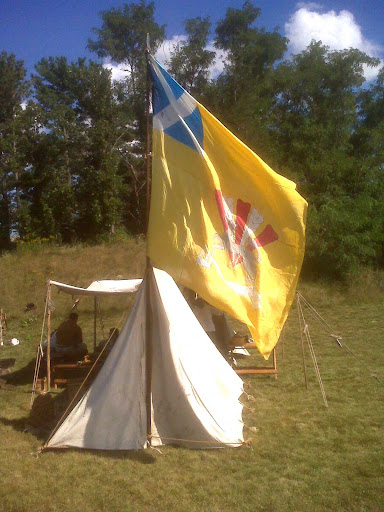 Trooper 4 was used for non-food storage, and marked the other side of the camp. It looked a little isolated. We should have had some more stuff there. 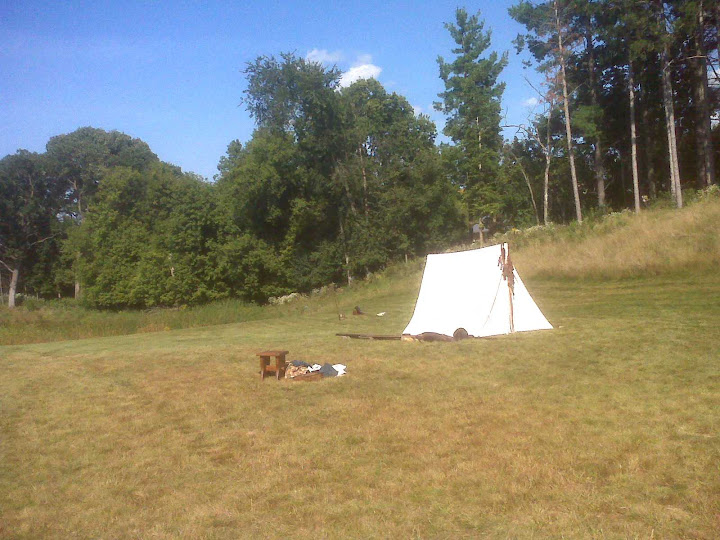 We did not bring the big nasty grate for the fire pit. The pot for our lunch soup just sat in the pit, while the tea kettle was place on a trivet. The pans for washing water were simply laid across the pit. This arrangement could be helped by deliberately makeing the fire pit narrower at one end than the other. 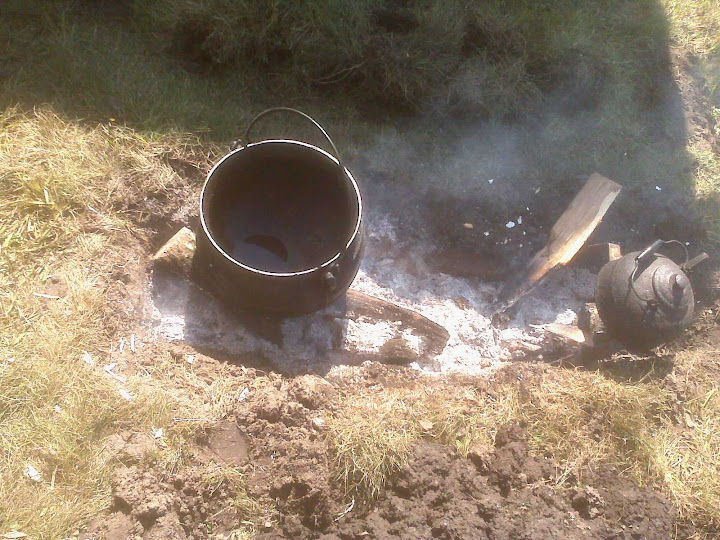 Rich had a good day with the mortar: 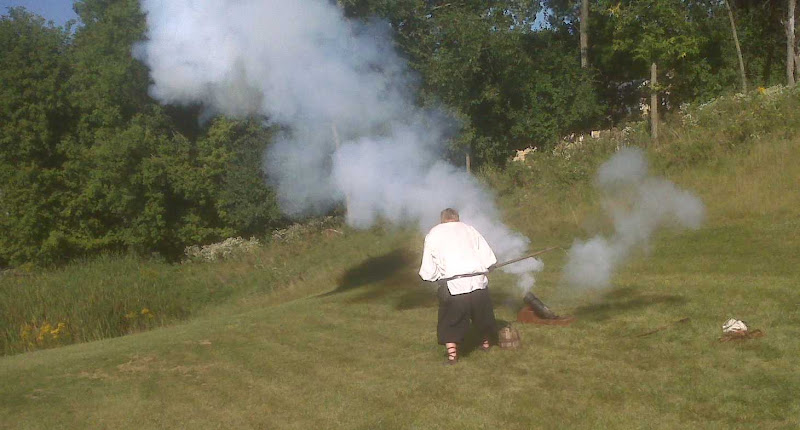 He also did a great job working with the children at our afternoon pike drill.

(Based on the Staff meeting of September 1, notes by smuzikant, edited as seemed appropriate.)